Explore support pages
If you've been hit with trail running fever, you might be thinking about entering your first race. Philipp Reiter, winner of the 2012 GORE-TEX Transalpine-Run, has put together his top training tips for future trail running champions.

Interesting and varied routes, challenging terrain and breathtaking views: anyone who's given trail running a go is not going to stop in a hurry. For runners who want to go that little bit higher and enjoy competing against other athletes, trail running races are just the thing. One of the most beautiful trail running competitions in Europe is for sure the GORE-TEX Transalpine-Run. The start signal for this year’s running event goes off on 3 September 2017 in Fischen/Allgaeu. From there, participants keep on running until 09 September, knocking back seven stages, heading over hill and dale, all the way to the finish line in Sulden/South Tyrol. Runners participate in teams of two, ensuring increased safety, of course, but also a lot more fun. The run is not focused so much on a competitive nature, but rather on enjoyment of the scenery and an athletic challenge. Since its debut in 2005, the event has become established as one of the most significant stage runs in the world. Each year, runners from more than 40 nations lace up their shoes and hit the trails, providing a truly international flair. Philipp Reiter, winner of the 2012 GORE-TEX Transalpine-Run, tells us in his top tips how we should best prepare for a trail running race and what's important during the race: 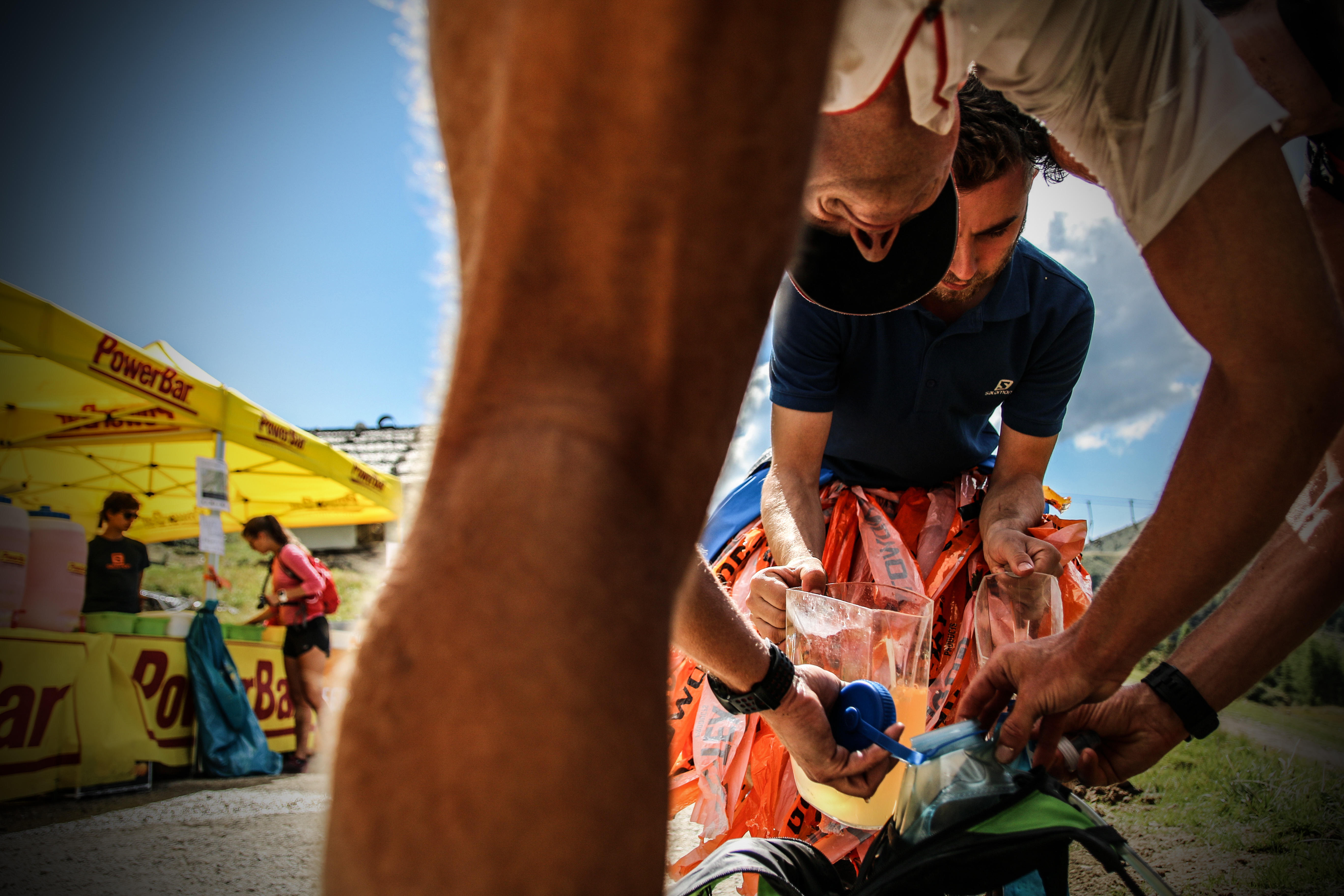 Make sure you drink enough, even if the weather is cold and wet. You sweat whatever the weather and it's easy to forget to take on plenty of fluid. Not drinking enough can upset your stomach or even cause cramps. I force myself to have a mouthful of water or some other fluid every 15-20 minutes to prevent me from dehydrating. However, you should be careful with sports drinks that contain too much sugar. They can send your blood-sugar levels on a roller-coaster ride. At the same time you need to maintain glucose levels, otherwise your performance will suffer. That's why it's better to consume fluids or foods that deliver long-lasting fuel. 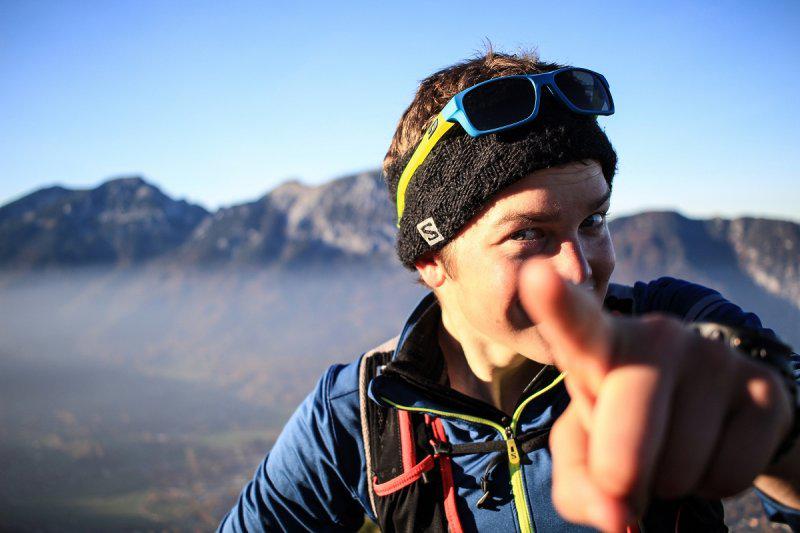 2. No experiments on race day!

Your bib number is pinned to your shirt. It's time to check that you haven't forgotten anything and your last chance to use the bathroom. The starter gun is about to go off! No matter how motivated you are or how much respect you have for what you are about to do, you can't avoid feeling excited and nervous. That's why it's best to go with what you know rather than trying something new. This applies as much to your gear as to what you eat and drink. 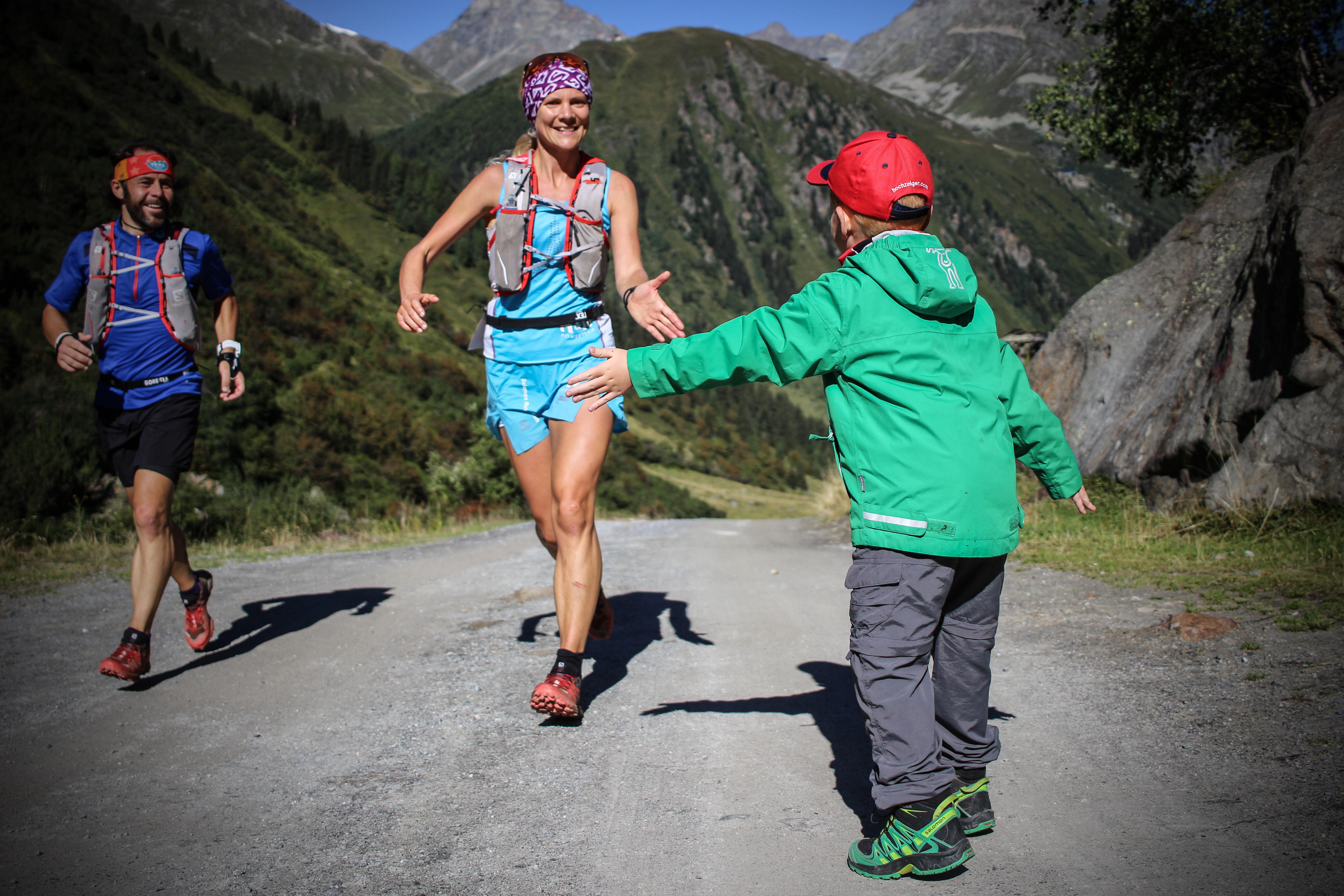 3. Give your motivation a boost

At the start of the race it's important to get into your rhythm as soon as possible. With your adrenalin running high and so many runners surrounding you, it's easy to start too fast too early. Starting off running slower will help you conserve energy. A race can be very long! It feels much better spending the second half of the race overtaking other runners than being overtaken by them. It'll give you a feeling of satisfaction and spur you on. 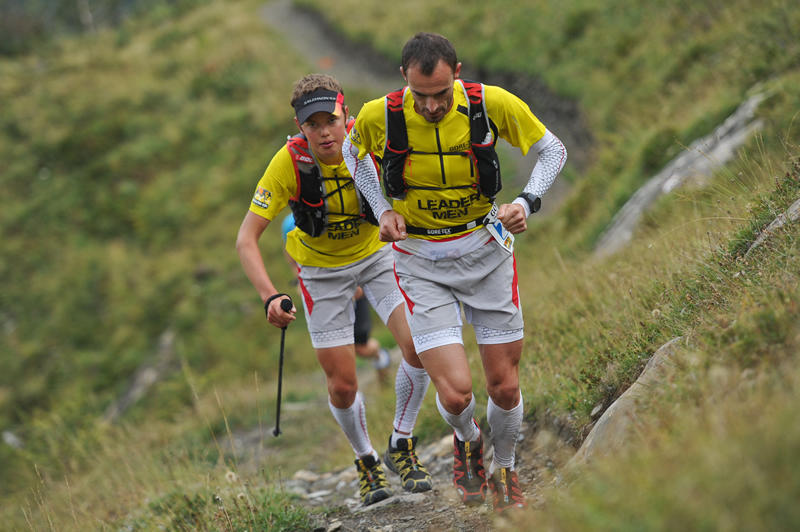 It's probably your first race with so much elevation change, with multiple climbs and descents. You'll find that you'll really notice your legs when you're running downhill. Descents are particularly taxing on the muscles. It can help to use poles as they offer relief to your thigh muscles. In a technical descent it can almost feel like you're using a four-wheel drive. However, there's a knack to them and you'll need to practice. But don't worry, whatever you do your muscles will feel sore and achy after the race, with the pain often peaking after one or two days ;-). 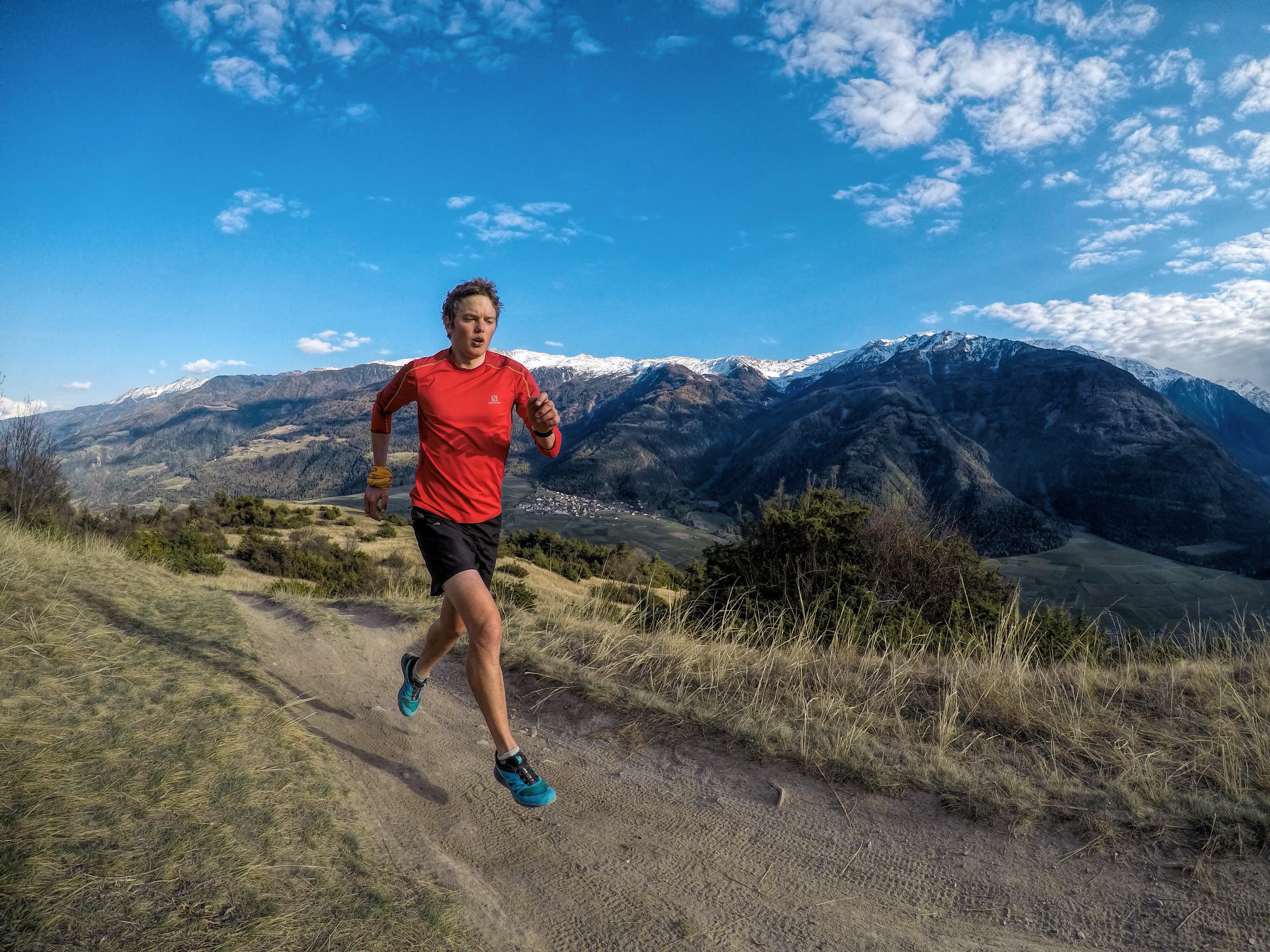 In mountainous terrain with unpredictable weather, wearing the right shoes is of ultimate importance. If I'm buying a new pair of shoes the overriding factors are a comfortable fit, a good grip on any terrain and the feeling that my feet are stable and well supported while running. I need to be sure that I am not going to slip or get blisters and that at the end of the race my feet are still in working order. More often than not, you can trust your first impressions.

6. Listen to your body

When you're training for a race there's a fine line between maintaining enough willpower to stick to your schedule and over training. If you are feeling tired it doesn't necessarily mean that you're not motivated. You need to give your body a chance to rest and recuperate. Your body will always tell you when it needs a rest, so listen to it! If your body feels good and you listen to what it's telling you, you'll be fine.

Philipp Reiter discovered trail running when he was still at school and looking for a summer alternative to backcountry skiing. Since then he runs wherever the most scenic trail running race happens to be taking place, whether it's in France, Italy or Costa Rica. The Salomon athlete demonstrated his stamina by winning the GORE-TEX Transalpine Run in 2012. For more information visit www.philipp-reiter.de. Philipp Reiter on Facebook Philipp Reiter on Instagram