There's no question: New York is an expensive city. But did you know you can experience the best parts of Brooklyn (almost) for free?

Priceless views of Manhattan can be found on ferries, countless roof decks, and even from Brooklyn's bridges. We've brought a few budget-friendly tips for finding the best views in the Big Apple back for you from our trip to New York.

Rooftops: Experience the skyline at sunset

When it comes to having the most spectacular views, Brooklyn has Manhattan beat. The view of Manhattan's skyline across the East River is worth it at any time of day.

For those who have friends in the city, as we do, you can enjoy the view from one of Brooklyn's countless roof decks. For everyone else, visiting a bar or restaurant is a good option. It doesn't have to be a swanky hotel, either. The French bistro Juliette in Williamsburg, for example, has amazing views, as does Bia, a Vietnamese restaurant next to the Williamsburg Bridge, and the beer garden at Berry Park.

But if you're in the mood for something more upscale, the rooftop bar The Lemon's at the boutique hotel The Wythe is a great option. Whether you like it casual or classy: we do recommend bringing a windproof jacket. After all, it's no secret that the city is also home to a brisk breeze that can chill you to the bone. We were able to enjoy the iconic skyline undisturbed in our cozy windproof jackets. 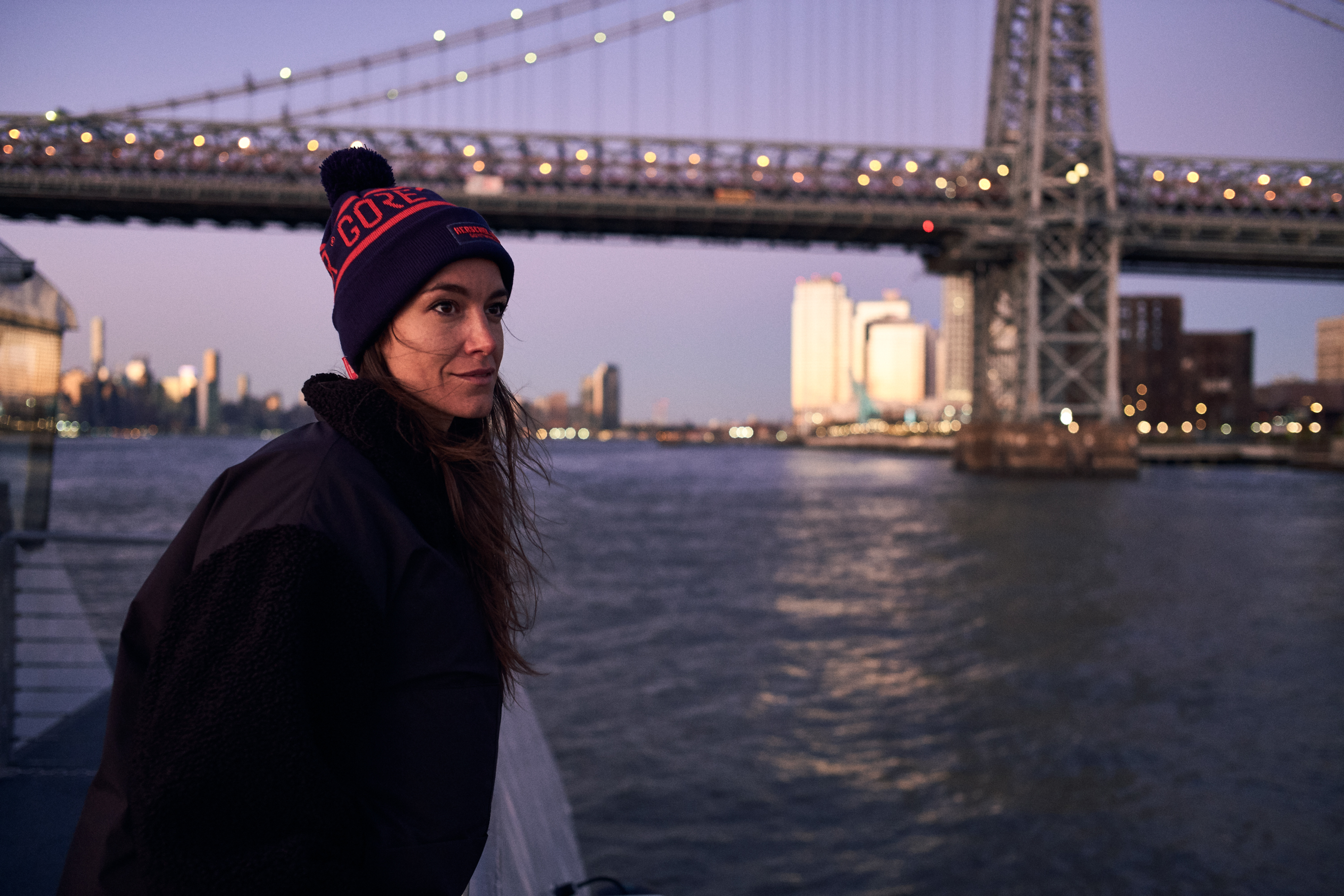 The ferries: Discovering the city from the water

Never before has it been as easy to explore the city from the water as it is today. And it's never been this cheap! The city is almost entirely surrounded by water: four of the five boroughs are located on islands.

In addition to the East River connection that connects Midtown Manhattan with Williamsburg and Dumbo in Brookyln, there have been ferry lines to Queens, downtown Brooklyn, and even Rockaway, a beloved beach getaway among New Yorkers, since 2019.

Nearly all of the ferries are available at subway prices for residents and tourists alike. In fact, the ferry to Staten Island is totally free.

We always grabbed a seat on deck immediately after boarding. That's where you have the best views, especially when you pass under one of New York City's impressive bridges. Windproof clothing takes the bite out of the strong wind on the water.

Our highlight was taking the ferry to Staten Island first thing in the morning. That's when fewer commuters are on the go. You'll have spectacular views of the southern tip of Manhattan at sunrise all to yourself, enjoyed over a hot cup of coffee. With a bit of luck, you'll end up on one of the older ferries that still exude the nostalgic flair of the 1970s.

Our detour to the formerly industrial area of Red Hook in the south of Brooklyn paid off. Many artists have transformed the warehouses there into studios. During the Red Hook Open Studios event, you can go and visit them. Afterward, be sure to grab some amazing seafood on the terrace at Brooklyn Crab. 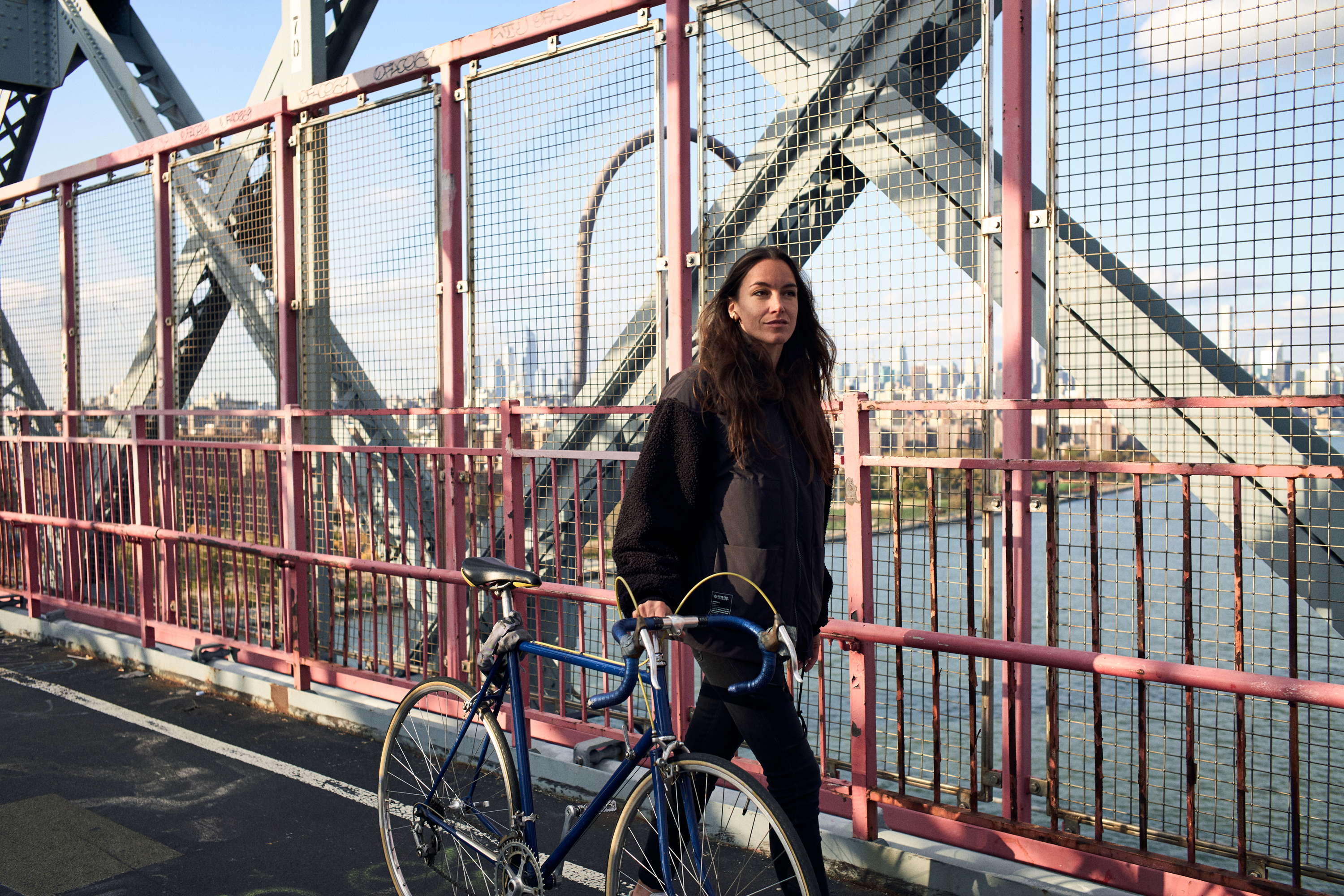 One of the best ways to experience Brooklyn's bridges is by bike since every bridge has its own bike lane.

Renting blue Citi Bikes is fast and cheap nearly everywhere in town. Most of the bridges are over 130 feet tall. Even if the bikes have gears, you shouldn't underestimate the long ascent. We definitely broke a sweat on our ride getting to the top. That's why we recommend wearing breathable clothing for the ride. We also recommend taking some windproof gear to make sure you stay warm.

Because the Brooklyn Bridge often gets extremely crowded, we recommend taking the Manhattan Bridge and the Williamsburg Bridge for a quick tour. At the top of the bridge, the turn-around between the two bike lanes is a great rest stop where you can hop off and enjoy 360-degree views of the city.