On September 2, the time had come: at 9am the starting gun went off for the 14th GORE-TEX Transalpine Run and our “Absolute Beginners” team set off on its two-day "Run2” adventure. A total distance of some 73 km, an elevation gain of 4,000 m and descents involving pretty much the same amount. 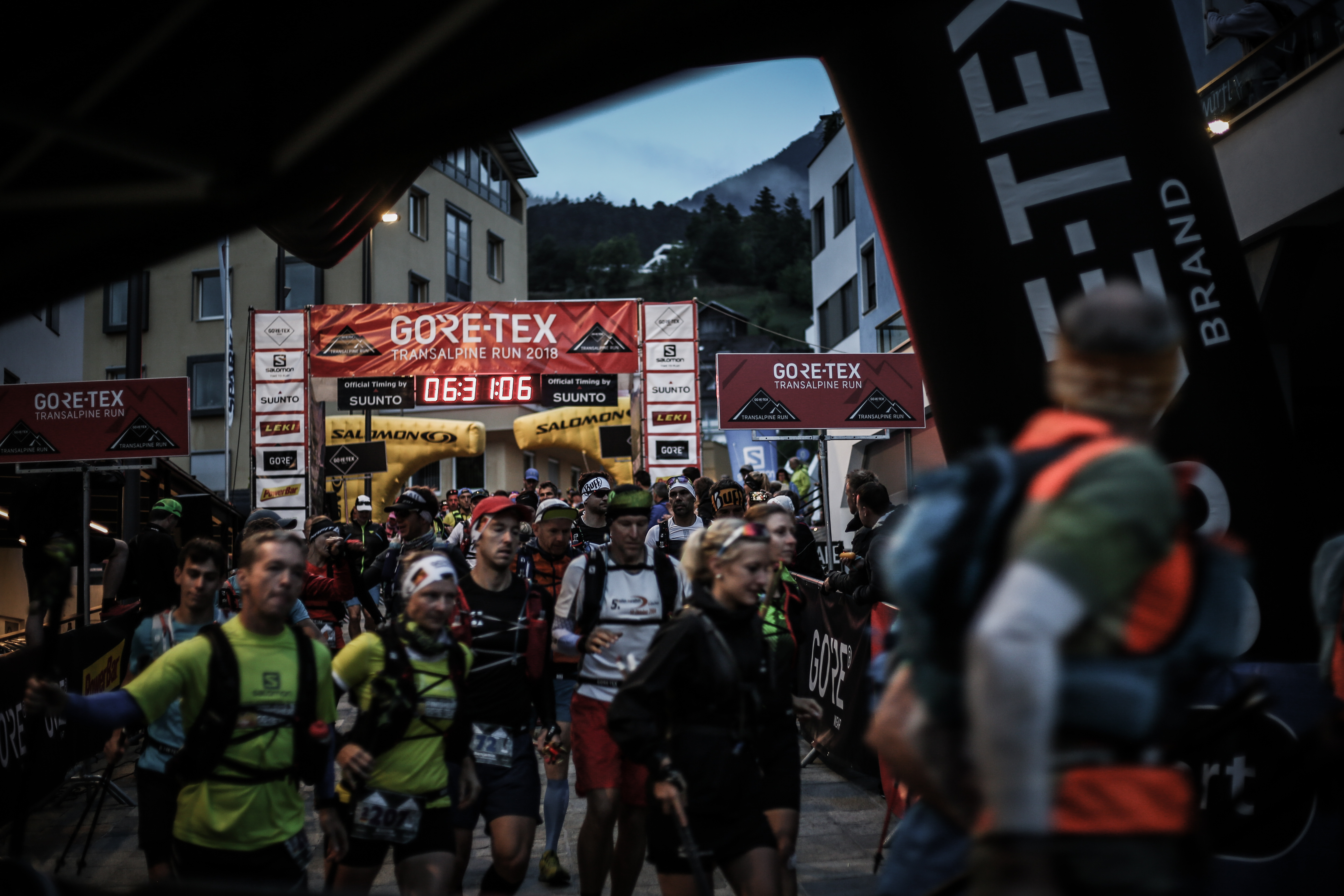 We had arrived in Garmisch-Partenkirchen the day before, on Saturday. Daniela and I registered and collected our bib numbers. Then we headed for the “pasta party” – where, needless to say, there was plenty of pasta! In actual fact, the most important thing about the pasta party was the pre-race briefing. We were told that the first leg of the race would cover a distance of 45 km, include 2,600 m of elevation gain and feature descents involving just as many meters. They also explained to us that, as it had been raining for a couple of days, the track was likely to be muddy and the third and final refreshment station was going to have to be positioned earlier on in the race. This meant that we would have to run the final 16 km without being handed any refreshments. Not good news! 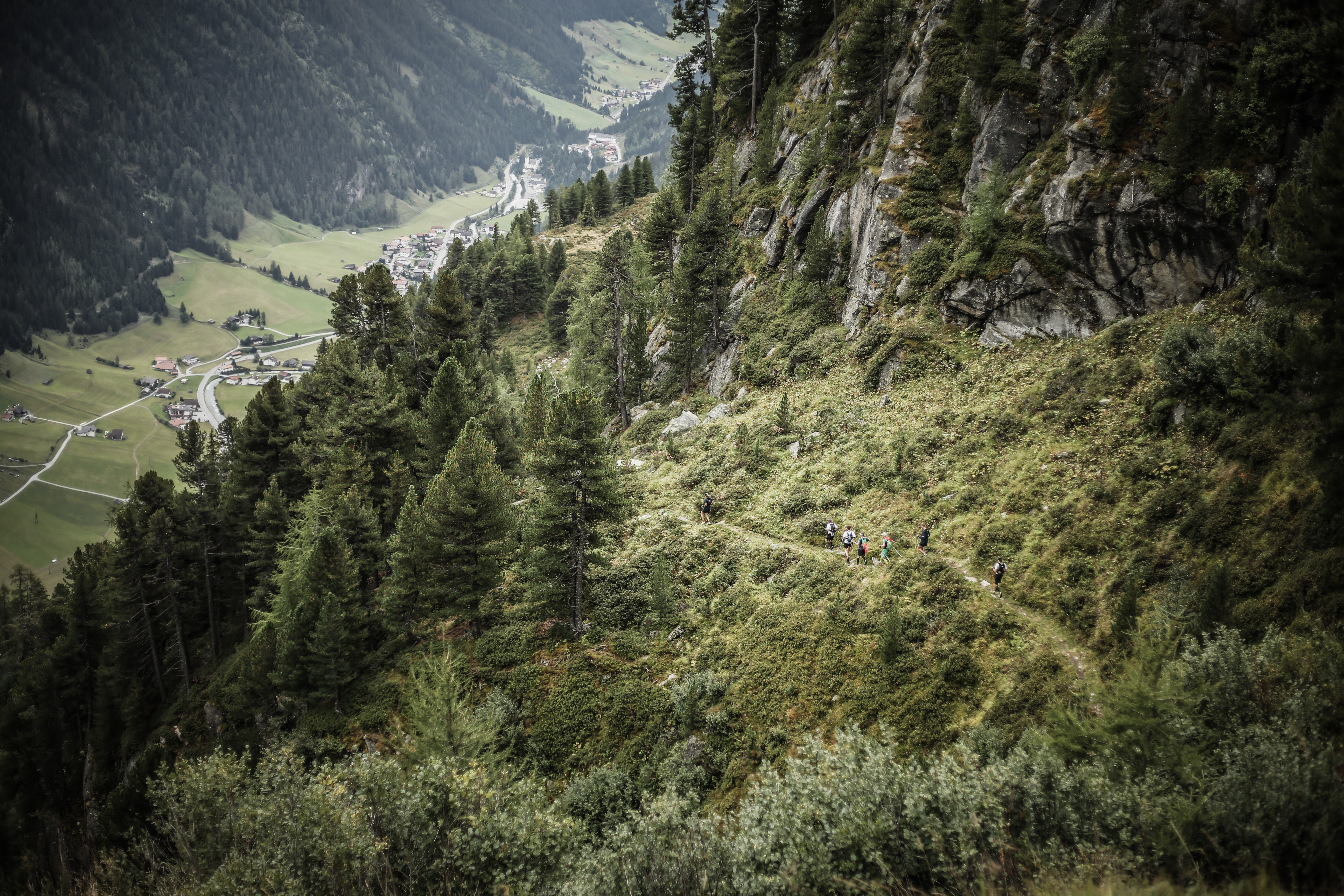 I was surprised about how well l slept the night before the race – having heard quite a lot of stories about people not being able to sleep, and some even suffering from a sudden bout of sickness. At 7.30 am we set off for the start zone where at 8.15am the organisers wanted to start checking that all the teams had the necessary safety equipment with them. The start was at 9am. A dense mass of runners gradually started moving forward. We had decided that our best tactic would be to start the race slowly, walk on the uphill stretches and run on the flat and downhill bits.

After six kilometres all the other teams had overtaken us. This meant that we were soon being accompanied by the runners whose job it was to bring up the rear and act as 'sweepers'. The three young men were very clearly capable of running much faster, only they weren't allowed to: no overtaking and no help! The first refreshment station was situated at Eibsee, at the 11 kilometre-mark. It had taken us two hours to get there. Leaving Eibsee behind us, we continued on past the second refreshment station to the third station. We got there just before the cut off time, but still had a tough uphill stretch to tackle. Daniela was already finding the going increasingly difficult. Despite doing all I could to help her by giving her the odd push or pull, we were getting slower and slower. At the 33 kilometre-mark, the event organisers wanted to take us out of the race. We were already 45 minutes over the cut off time. Daniela was almost relieved that she was being forced to stop, but I wasn't prepared to give in. I knew that if I was on my own, I could run faster, so I continued on up the steep 400 m long ascent. The track was extremely muddy, making my progress even slower and sapping me of nearly all my remaining energy. Just before Nassereith, there was a fairly long descent that I found easy to run down and I even managed to overtake one of the other teams. After 11 hours and a distance of 45 km, I crossed the finishing line exhausted but happy and off I went to the pasta party to see the race day photographs, get the briefing for the next day and, you've guessed, eat pasta! 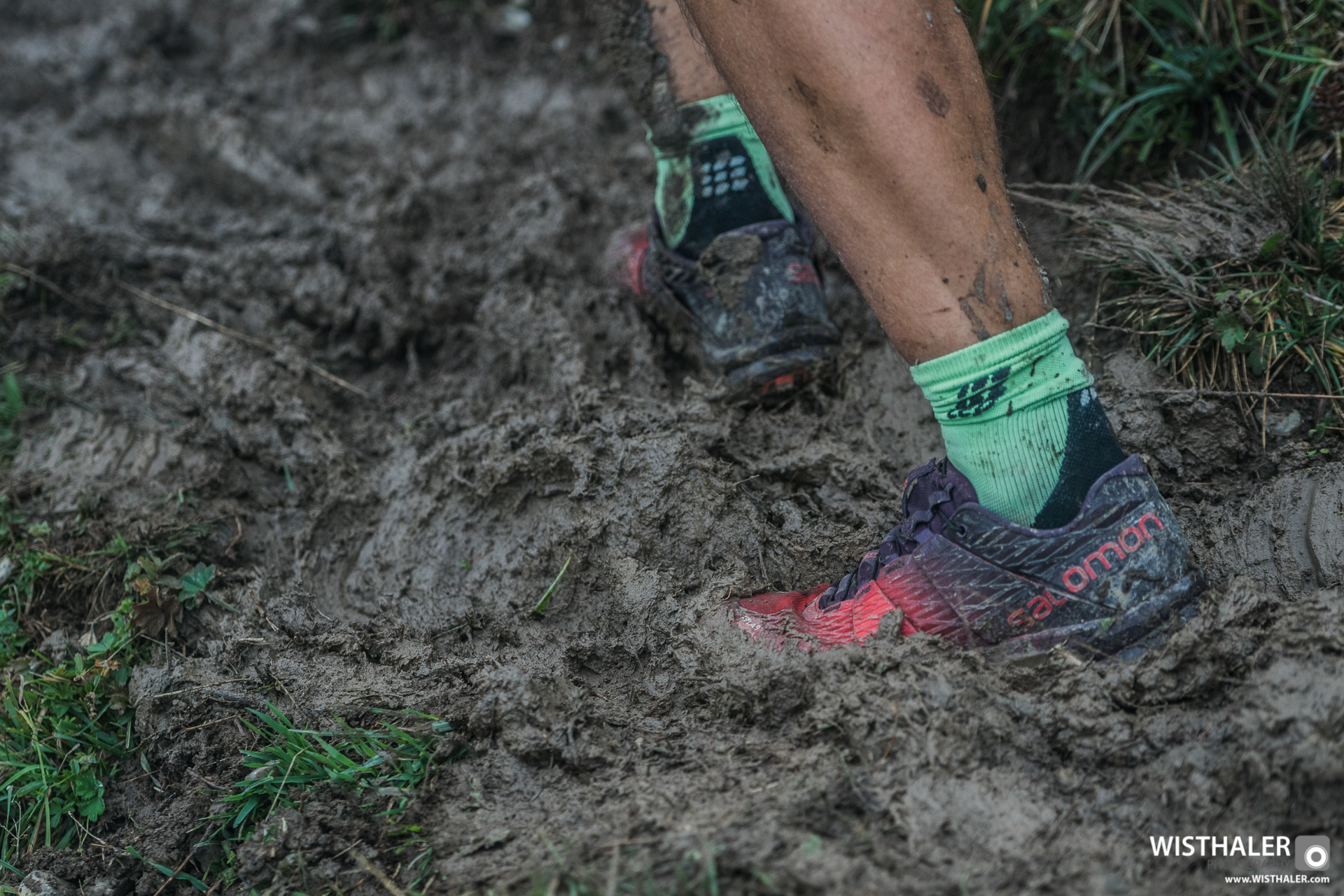 The second leg of the race was to start at 8am, which meant that we had to be in the start zone to have our backpacks checked at 7.15am. Although Daniela had had to stop running the day before, she wanted to give it another go and see if she could complete the distance from Nassereith to Imst: 27 km, including uphill climbs totalling 1,600 m. Despite considerable pain in her legs and feet, Daniela was back at the start. However, it was not to be: after five kilometres she was quite simply too exhausted to keep going. I was in surprisingly good form after the exertion of running the first leg the day before and continued on alone. This time, I was even able to keep up with some of the other teams. 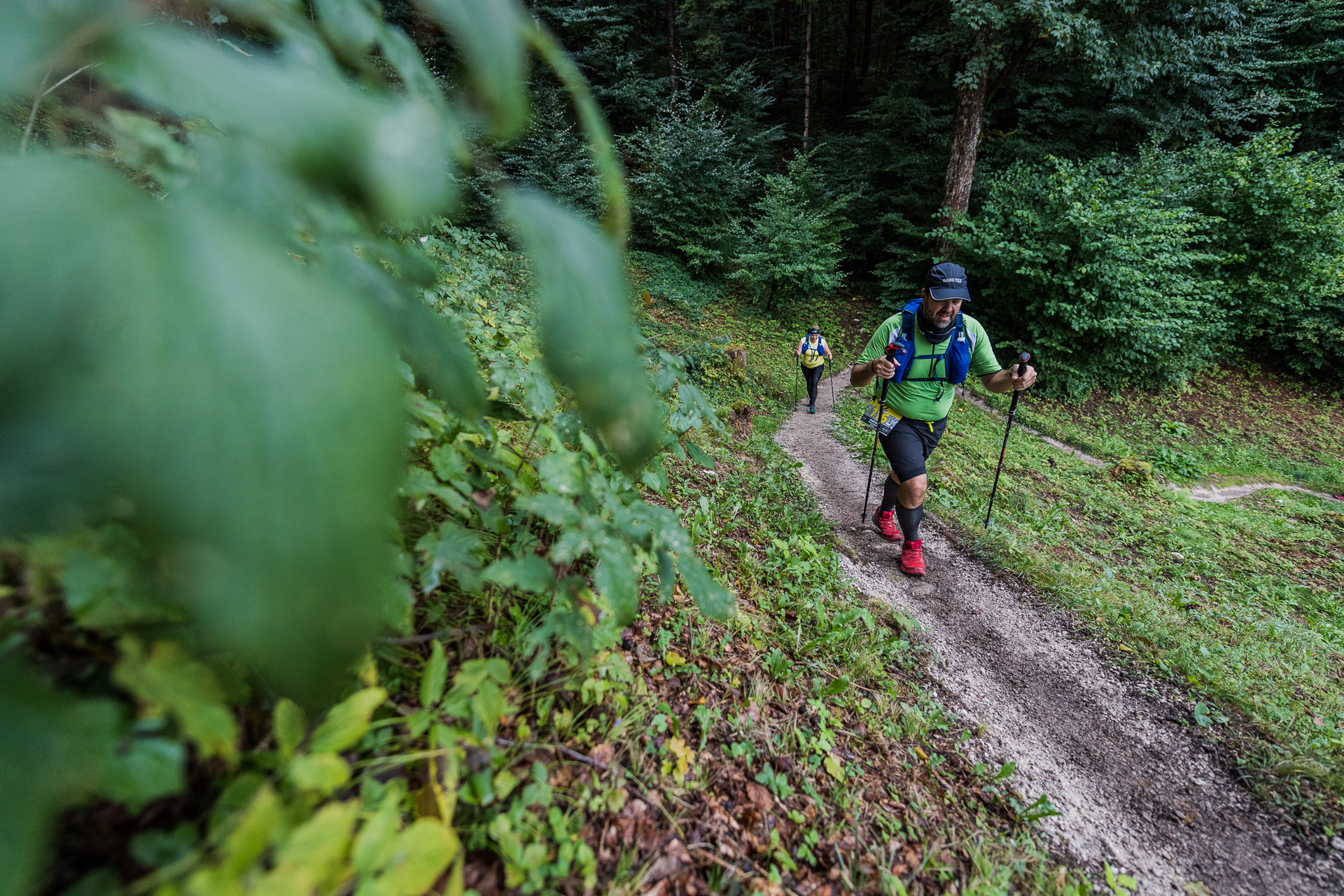 At the first refreshment station at the 11 kilometre-mark, I had already left quite a few teams behind me and was still making good progress when we reached the second station. But then came an uphill stretch where I had to let some of those teams overtake me again. I was just too out of breath to go any faster and the warm weather didn't make the going any easier. However, at the second highest point of the leg, my moment came: a downhill stretch. The last 4 km of the race went downhill all the way to Imst, along an excellent trail. I could put my downhill running experience to good use. It was a wonderful feeling running down that hill and overtaking some 15 teams before crossing the finishing line. After 5 hours and 20 minutes, I had reached Imst. I had completed the GORE-TEX Transalpine “Run Run2". I had covered 73 km, climbed 4,000 m and descended another 4,000 m. In short: it was a story of pain & glory!