Explore support pages
GORE-TEX athlete Robert Jasper tells of one of his most intense expedition adventures and, with that, a very special #GORETEX40 moment.

On my extreme tours and expeditions to undiscovered corners of the world, such as my first ascent of the bizarre Monte Giordano ice pyramids in Tierra del Fuego, I always realize how vital GORE-TEX gear is to me. Weather on “the southern end of the world” is absolutely extreme! Weeks of storms, rain and driving snow take turns and only those who can brave the power of the elements can survive here. 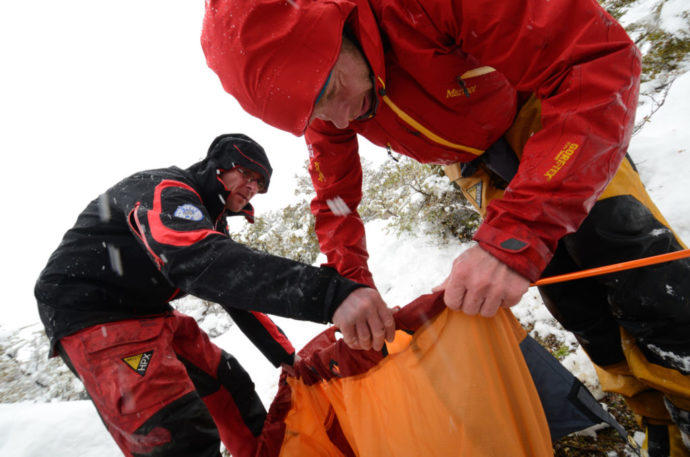 To maintain the necessary motivation for mountaineering, you have to wait it out for a good moment for weeks on a small sailboat. Then… a window of good weather! Across the Shark’s Fin ridge we climbed through the night. During the push for the summit, the weather got worse and worse: first rain, then snow, then everything started to ice up in the dark.

When you are wet, you lose your keen focus. 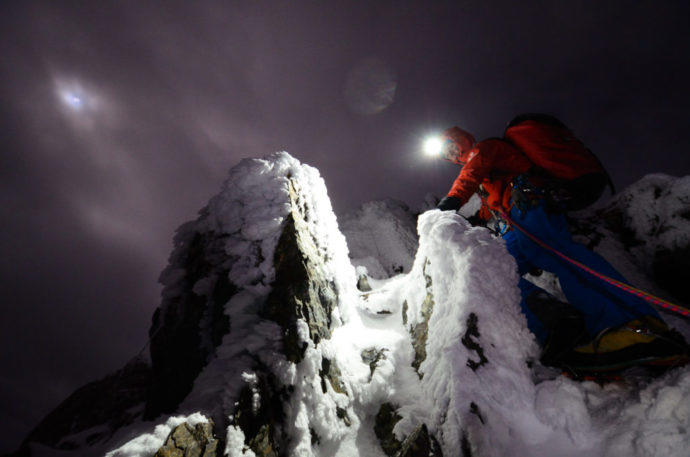 Otherwise, you’ll just freeze to death. Then, in the darkness, the summit appeared. Joy for a moment, then our descent back to the lifesaving boat below in the fjord devoid of people. After more than 27 hours, we had done it. One of my most intense expedition adventures had a happy ending. Strictly speaking, that is perhaps not only a #GORETEX40 moment; however, there are entire GORE-TEX expeditions because these undertakings would simply not be possible without this fantastic gear. 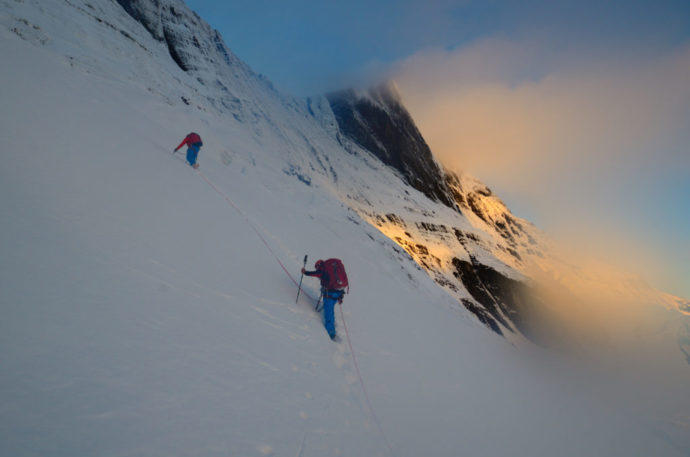 What is your special #GORETEX40 moment? Through the end of December 2016 you can participate and win! Check out the details here. Robert Jasper

“Dr. Eiger” Robert Jasper (born in 1968) sets the standard globally for ice and mixed terrain. His special passion is solo climbing: Barely 20 years old, Robert Jasper had already climbed solo more than 100 difficult routes on the north faces of the Alps, not to mention a first ascent. In 1991, he climbed solo over the course of a year in record time the three largest north faces in the Alps (Eiger, Matterhorn, and Grandes Jorasses). Today, his expeditions take him in particular to the wildest mountains in the world – and he also returns again and again to the Eiger north face, which he has climbed solo umpteen times and where he opened any number of new routes. Robert Jasper is a certified mountain and ski guide and lives with his wife, Daniele, in Schopfheim on the southern edge of the Black Forest. www.robert-jasper.de Photos: Ralf Gantzhorn