How does it go again? April showers bring May flowers? After a day of switching between sun, snowfall and rain, clouds were forecast for around 10 this morning. (Spoiler alert: the forecast was wrong – the sun was out until evening, but since then it’s been snowing). With that in mind, Seb Michaud, Greg Hill, our guide Morgan Salén from the Northern Alpine Guides, the media team and the crew set our alarms for 5:30 and were on our way by 6 to beat the expected clouds. Our goal was a gully just a stone’s throw away from the Lofoten Ski Lodge, which could be climbed just after a short, flat start. Armed with crampons and ice picks, the athletes marched to the exit on the ridge and rode (with the sun beaming) down the steep ramp. Seb and Greg were not done. We were all starving but the late breakfast was going to have to wait longer. They immediately started climbing again to try out the other lines they’d spied. [video width="1920" height="1080" mp4="http://www.gore-tex.co.uk/blog/app/uploads/2016/04/GET_Videoblog04.mp4"][/video]   Greg: “It’s just amazing here. You’re standing alone on a peak looking out at a fascinating mountain landscape all in the middle of the Norwegian Sea.” What a day! To round it off: a trip to the sauna with a few dips in the ice cold ocean to cool off and then a sensational dinner of fish and salad. No complaints here! Another great day in the mountains – I think you can tell that the photos just make us want more of what’s to come. 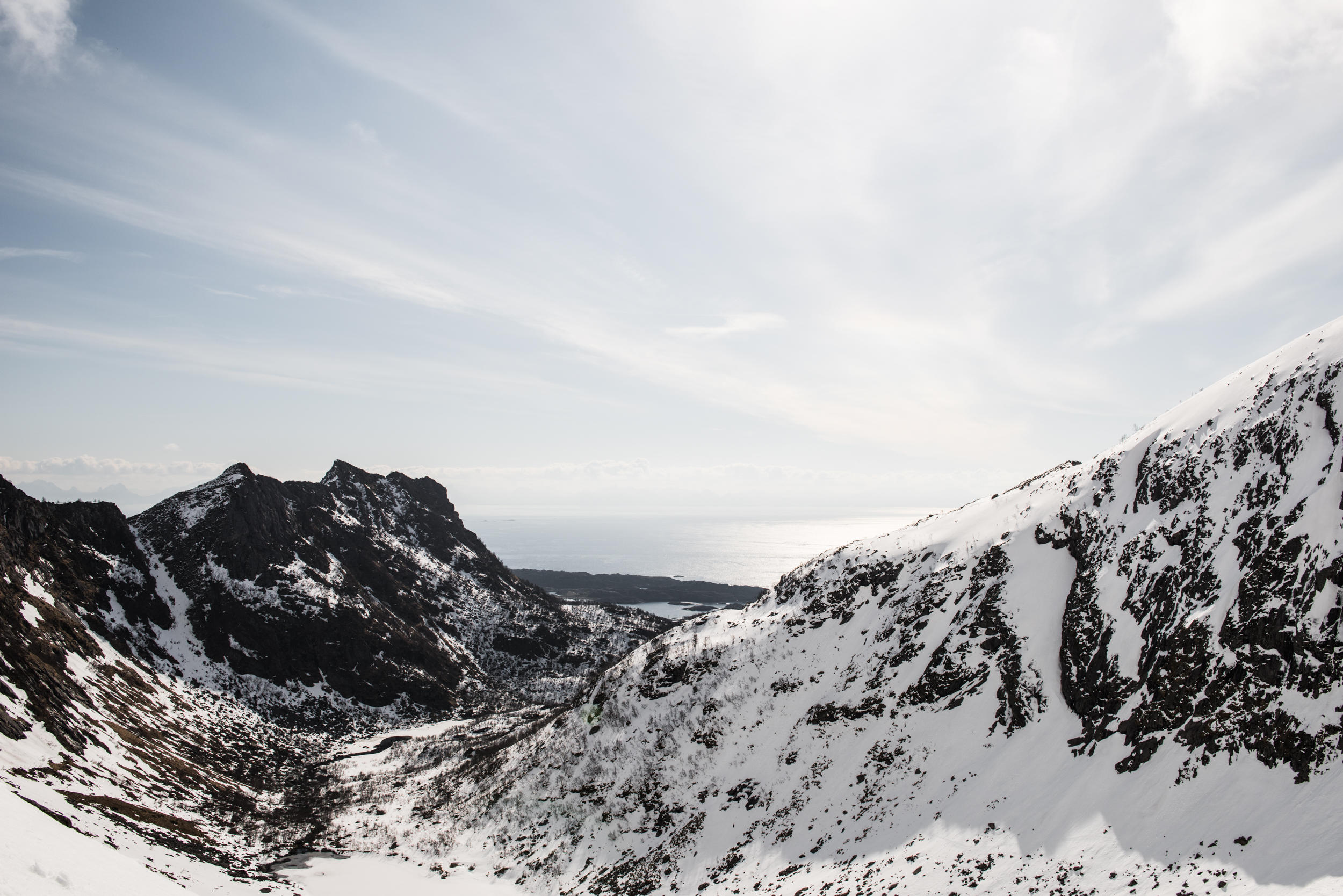 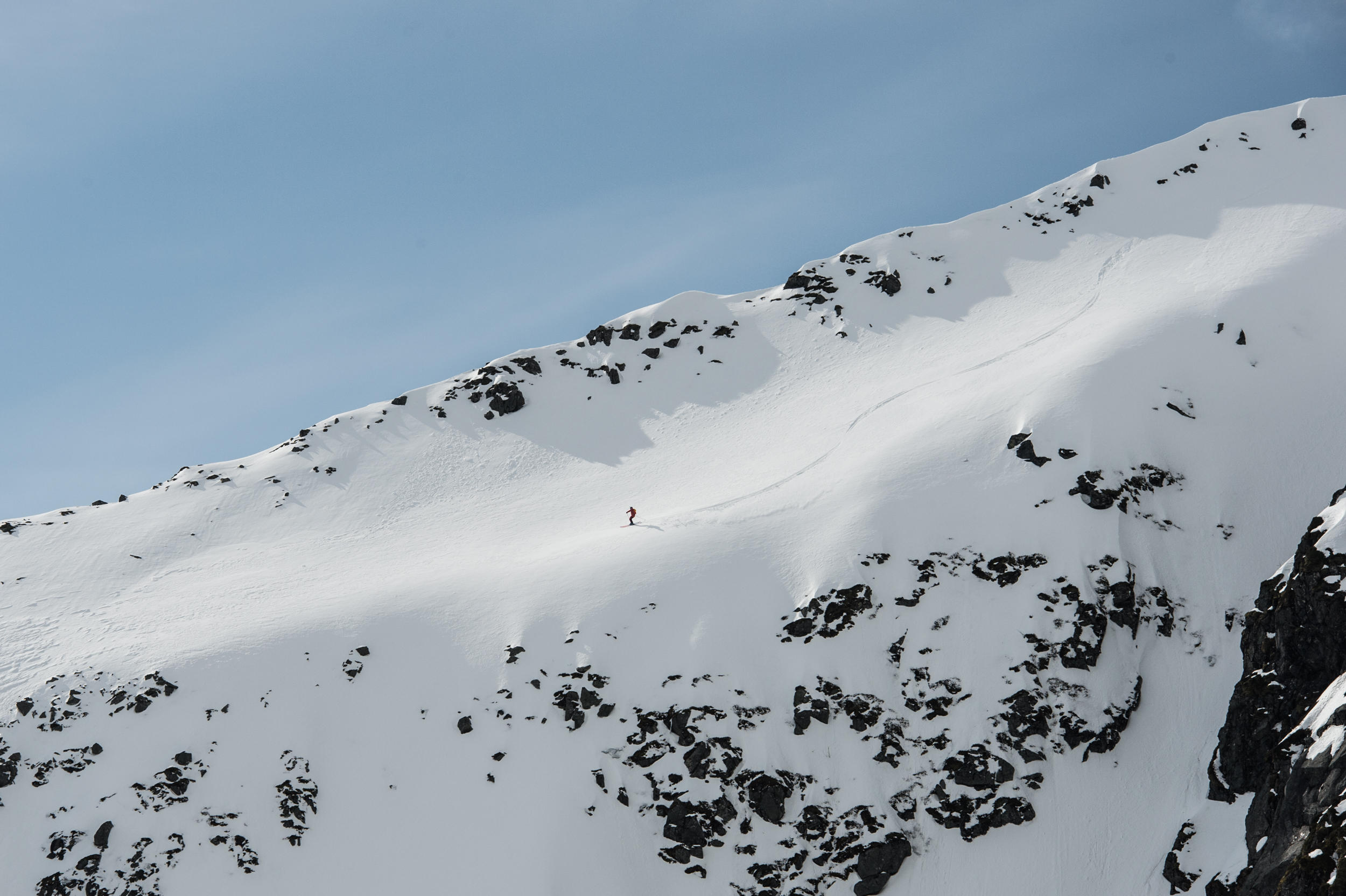 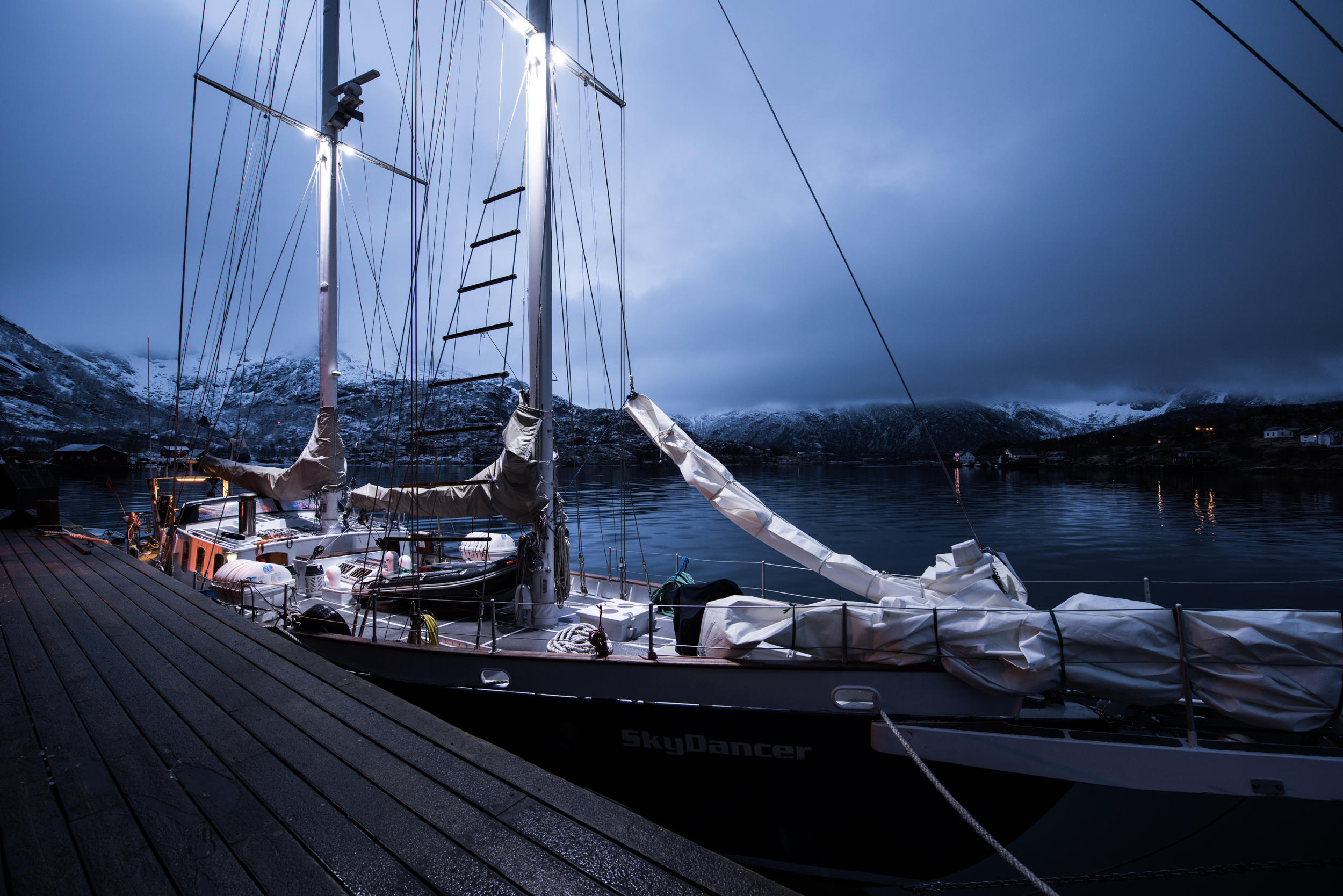