Explore support pages
Surfing at the polar circle in April? It wasn’t even that cold. Day 3 of the GORE-TEX Experience Tour: a day at the beach.

A chance to look like Spiderman? Not actually that hard with a full body, cold water wetsuit. Heroically packed, the athletes of the GORE-TEX Experience Tour plunged into the waters of Unstad under the directions from surfer, Simon Strangfeld. As expected, the waves broke beautifully at this Norwegian Sea beach, and the cherry on top: the team arrived to a beach with not a person in sight. Just about an hour from the Lofoten Ski Lodge, the crew gathered around Simon Strangfeld in shoulder-high waves and we amused themselves from early morning until sundown in the bay of Unstad. Simon: “The water wasn’t as cold as we all feared it would be – we were in the water for over three hours and had so much fun. The others did a great job and everyone managed to catch a few waves!” Greg was also excited: “I love the anticipation of being out on your surfboard and just sitting, waiting for the right wave – especially when you then get it!” [video width="1920" height="1080" mp4="http://www.gore-tex.co.uk/blog/app/uploads/2016/04/GET_Videoblog03.mp4"][/video]   Waves, short break in the sauna, lunch, and then skating on the mini ramp while Seb Michaud, our guide Morgan and I went off for a short ski tour right above the beach – the view of the ocean in perfect spring snow isn’t something any of us will forget quickly! In the evening, we all hit the water again to ride the last waves as the snow began to fall. The snow and light rain ruined any plans of a romantic fire on our private beach, but we were greeted by an enormous helping of lasagna at the Lofoten Ski Lodge. And anyway, who can say they’ve surfed in snowfall? 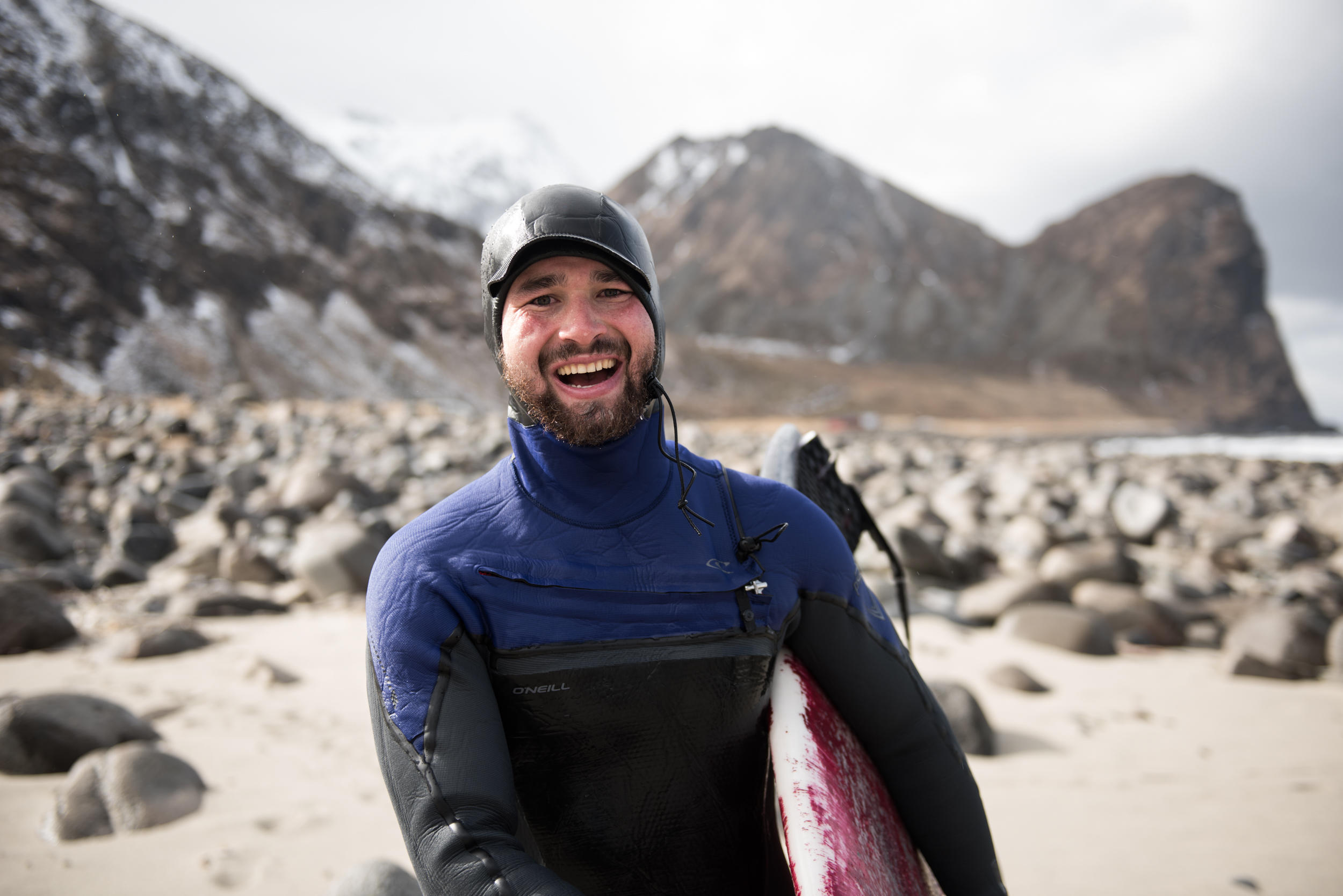 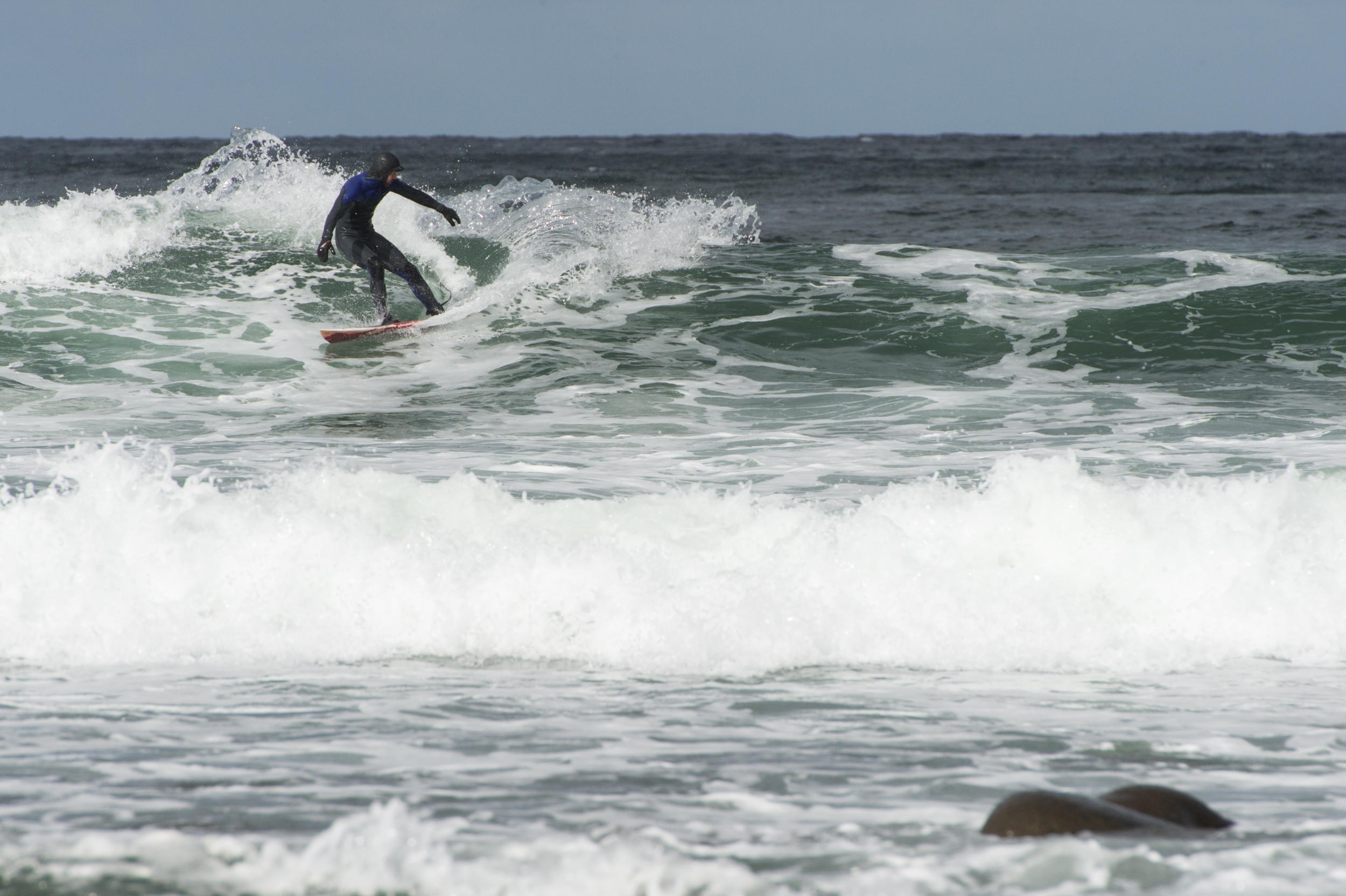 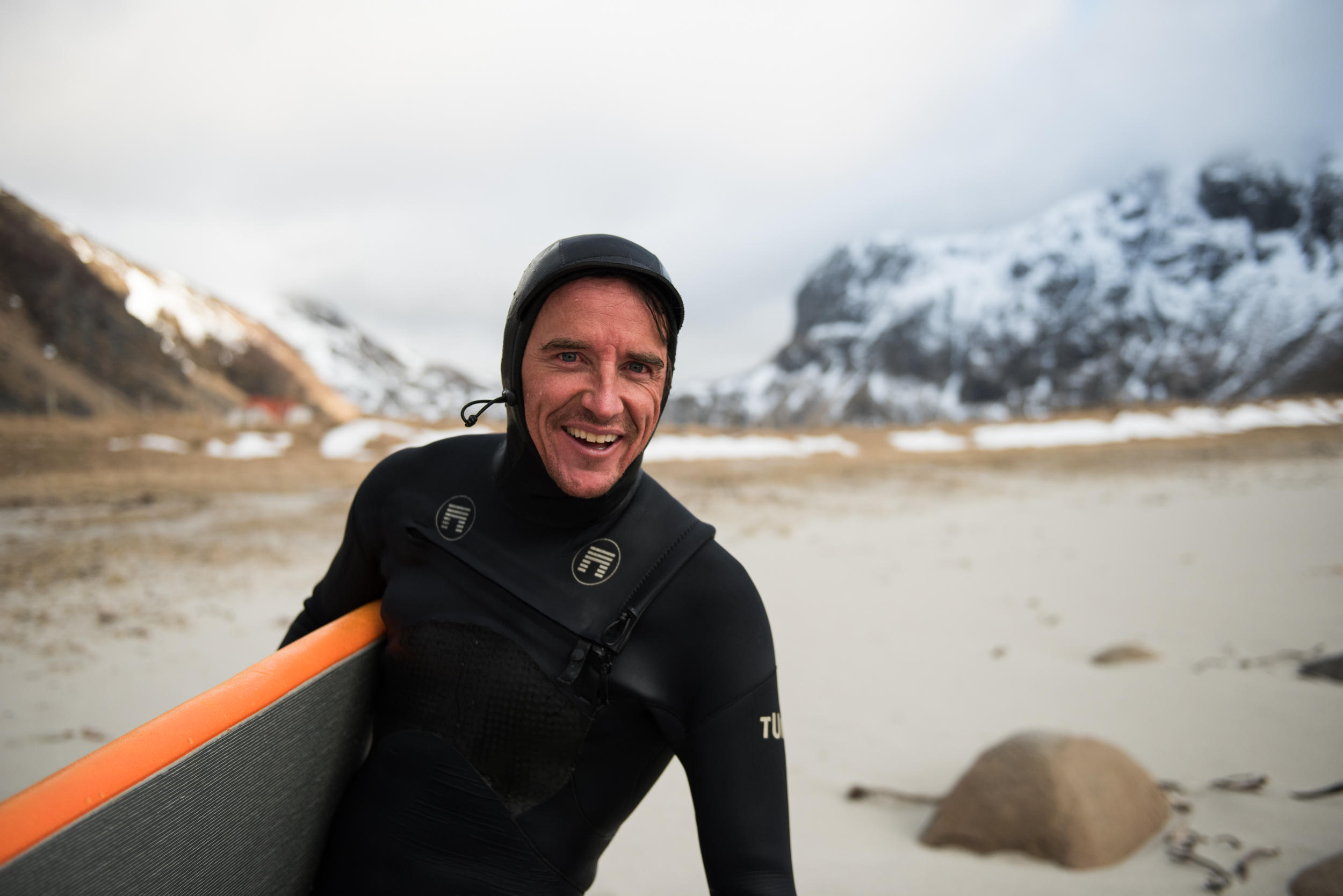