Explore support pages
GORE-TEX athlete Tamara Lunger has an ambitious goal: Together with Simone Moro she will attempt the highest traverse on the planet without oxygen or high altitude Sherpas on her Kangchenjunga Skyline Expedition.

Tamara Lunger and her colleague Simone Moro aim high: they are about to go on a world’s first expedition, in which they will attempt to make the highest traverse on the planet without the support of high altitude Sherpas or supplemental oxygen. The traverse will take place in April and May 2017 from Kangbachen plateau to Yalung Kang (8505m), where they will then head towards Kangchenjunga Main along the skyline without descending below 8200m to Kangchenjunga South (8476m) – a total of 5.5 km in 7 days.

The team will undertake an acclimatization phase that will take place on the normally ascended route of Kangchenjunga. It will also be a chance to study possible exits during the traverse. Once the acclimatization is completed the duo will climb the first part on the normal route until they reach camp 1 and then take a new route north until the ridge and Kangbachen plateau. 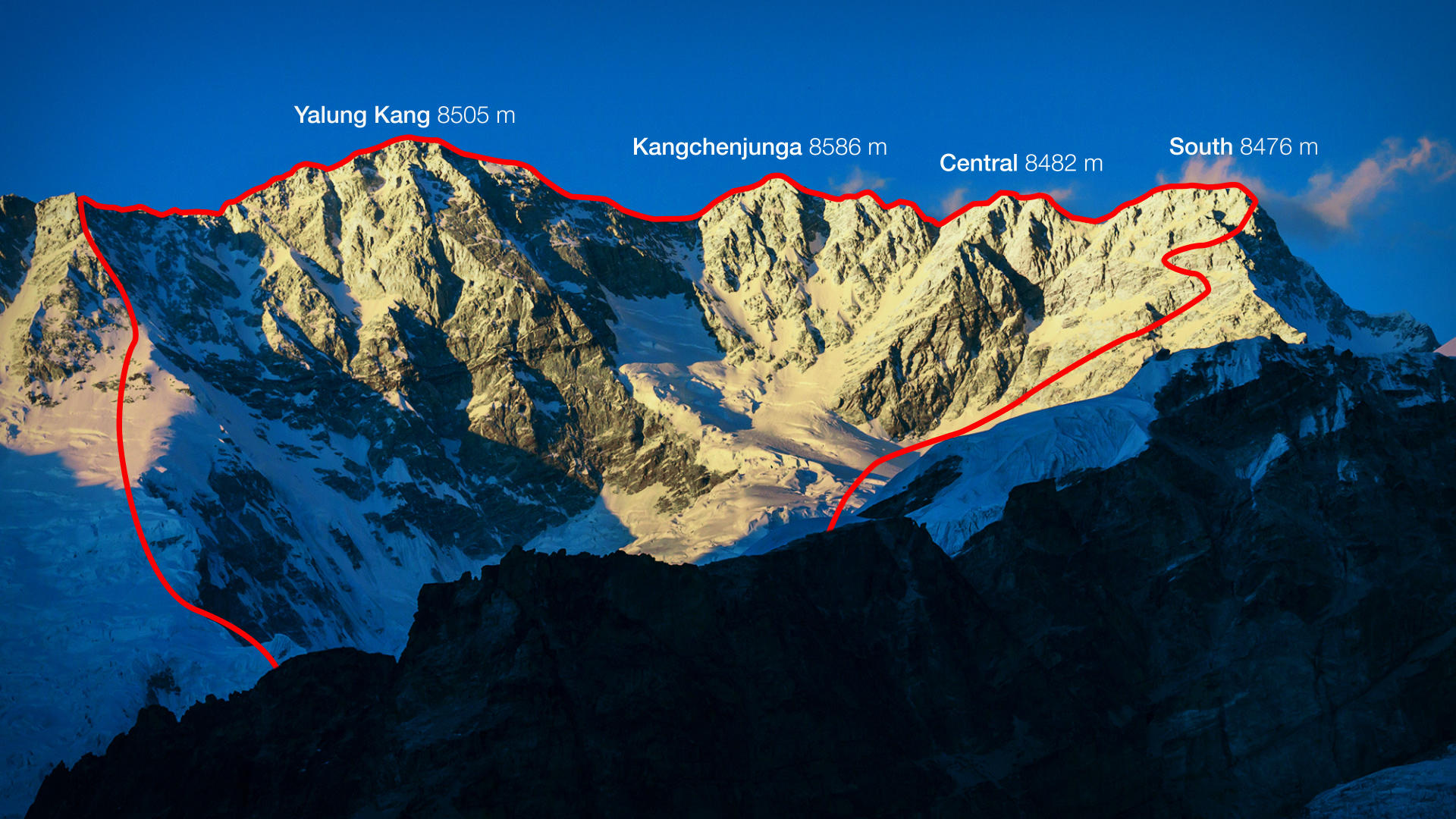 Once they’ve reached this point Simone and Tamara will follow the entire skyline to the east for Yalung Kang, Kangchenjunga, Kangchenjunga Central and Kangchenjunga South for a total distance of 5.5 km. This entire very dangerous and high climb will be undertaken in the alpine style, which means they will carry all their gear from basecamp for the whole expedition, without any deposit and external help along the route for 7 days.

Simone and Tamara’s last major expedition together was the first winter ascent of Nanga Parbat in February last year. This is another epic trip which will push their bodies to the absolute limit whilst staying and traversing above the 8,000m ‘death zone’ for 3 straight days. “For an alpinist, climbing one 8,000m peak is a huge achievement in itself. A 3-day traverse above 8,000m is pretty unheard of, but to do this without any support like oxygen is completely unique,” said Simone Moro. 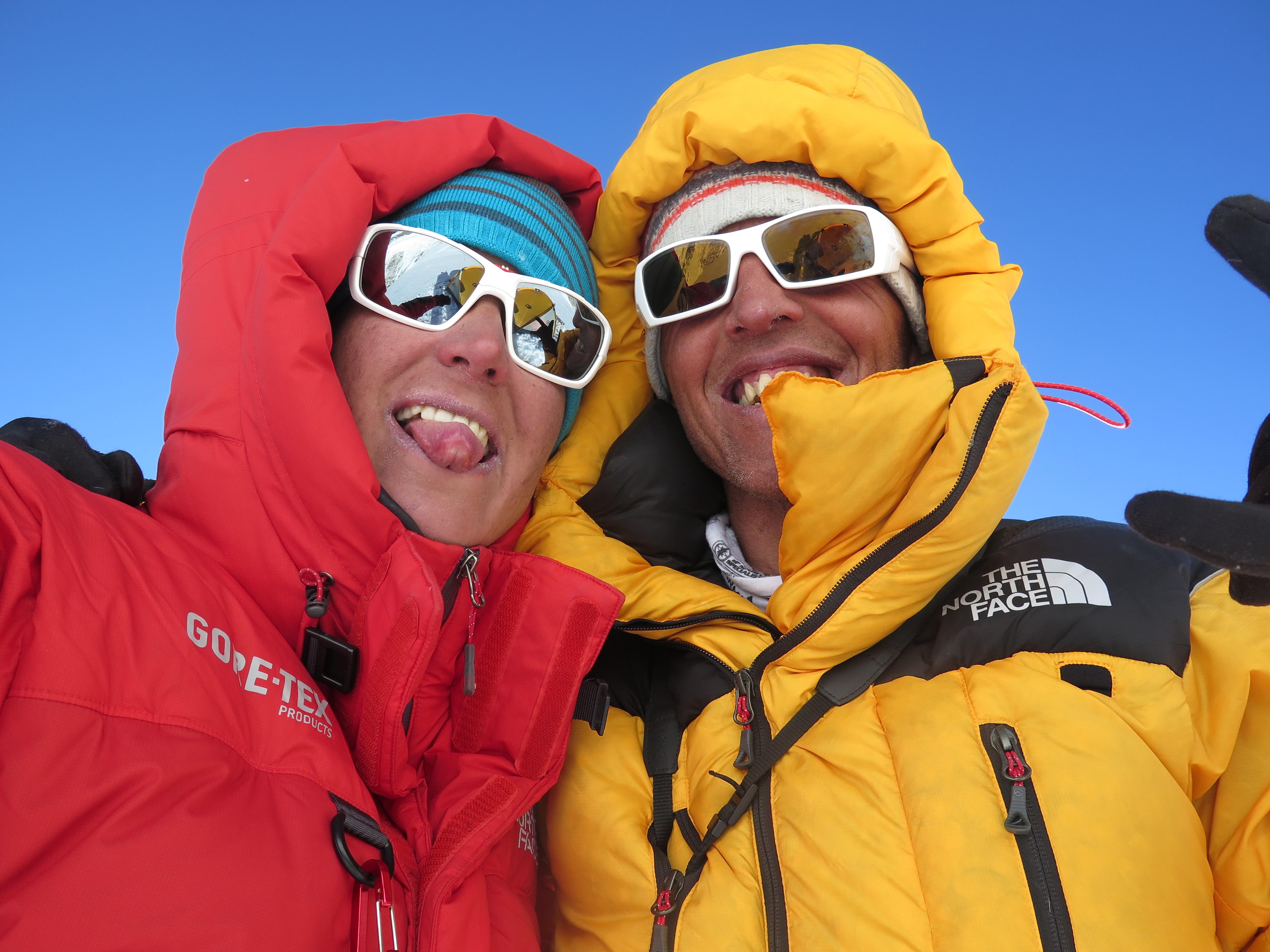 “We’ve trained as well as we know to help our bodies cope with the stress that will come from such a route, but neither of us really knows how it is going to be at such an altitude for such a period of time. It will be exploration in its truest form, heading into the unknown unsure of what is going to happen – but it’s an adventure we are both very excited to take on.”

Tamara Lunger added, “As an alpinist, you are constantly looking for something which not only pushes your personal limits, but also the boundaries of the sport. As soon as the idea for the Kangchenjunga Skyline came about, I knew this ticked both those boxes, and then some. All the training and planning in the world can’t fully prepare you for an adventure like this, but alongside Simone, we have the pure determination, willingness and dream to get the job done!” For more information and to be kept-up-to-date on the expedition, please visit: https://www.thenorthface.co.uk/exploration/our-journal/kangchenjunga-expedition.html.