Explore support pages
Our Blog / Athletes
Hiking with the stars of the climbing scene: GORE-TEX Walk.Day. at the International Mountain Summit

That's something you'll only find at the International Mountain Summit (IMS): unbeatable hikes with "stars of the scene". For many visitors to the legendary climbing festival, these hikes have become an annual highlight. The list of athletes who have been to the IMS in Brixen at least once is impressive: Reinhold Messner, GORE-TEX athlete Stefan Glowacz, Alexander Huber, Alex Megos, Ines Papert, Ueli Steck, Sir Chris Bonnington, Peter Habeler, Steve House, the Favresse brothers, Dean Potter – to name but a few. These elite athletes haven't only given talks, they've also gone walking with the festival visitors. At this year's anniversary event, some 40 outdoor enthusiasts, including quite a few journalists and bloggers, made their way up to the Latzfonser Kreuz mountain hut with three celeb climbers: two GORE-TEX athletes, Tamara Lunger and Robert Jasper, and Beat Kammerlander, one of climbing's legendary figures. 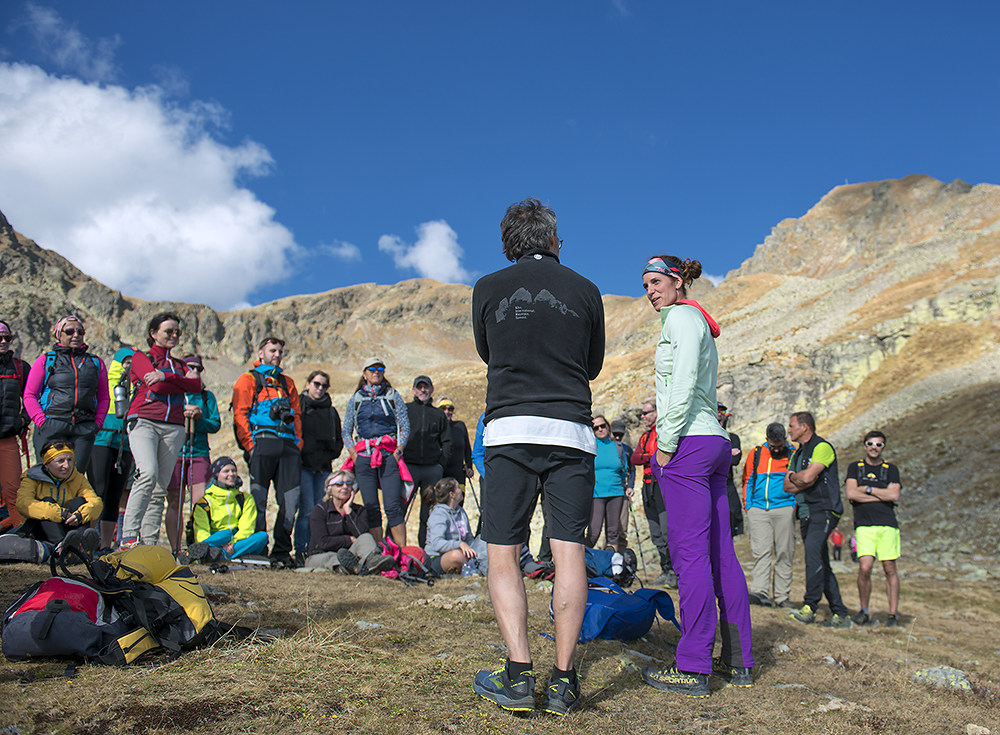 Even the weather played along for the 10th anniversary of IMS. The walkers set off in perfect conditions, leaving the "Kühof" car park in Klausen along a well-kept hiking route leading to mountain huts Klausener Hütte and Saltner Hütte. Further up, the path grew steeper, leading past a series of 15 images, or "Stations of the Cross". After roughly three hours, the group reached the Latzfonser Kreuz mountain hut. Located at an altitude of 2,305 m, the hut is one of South Tyrol's most popular hiking destinations. For good reason: the views from the hut are breathtaking. Next to it stands a small neo-Gothic church of the same name, which is the highest pilgrimage site in the whole of Europe. Once you are up here, you're rewarded with jaw-dropping Dolomite peaks as far as the eye can see: the Geislergruppe (Gruppo delle Odle), the Sella and the Langkofel (Sassolungo) massifs, and in the background the snow-covered peaks of the Marmolatagruppe (Gruppo della Marmolada). Nearer to the lodge are the Kassianspitze (Cima di San Cassiano) and the Lorenzispitze (Cima San Lorenzo). 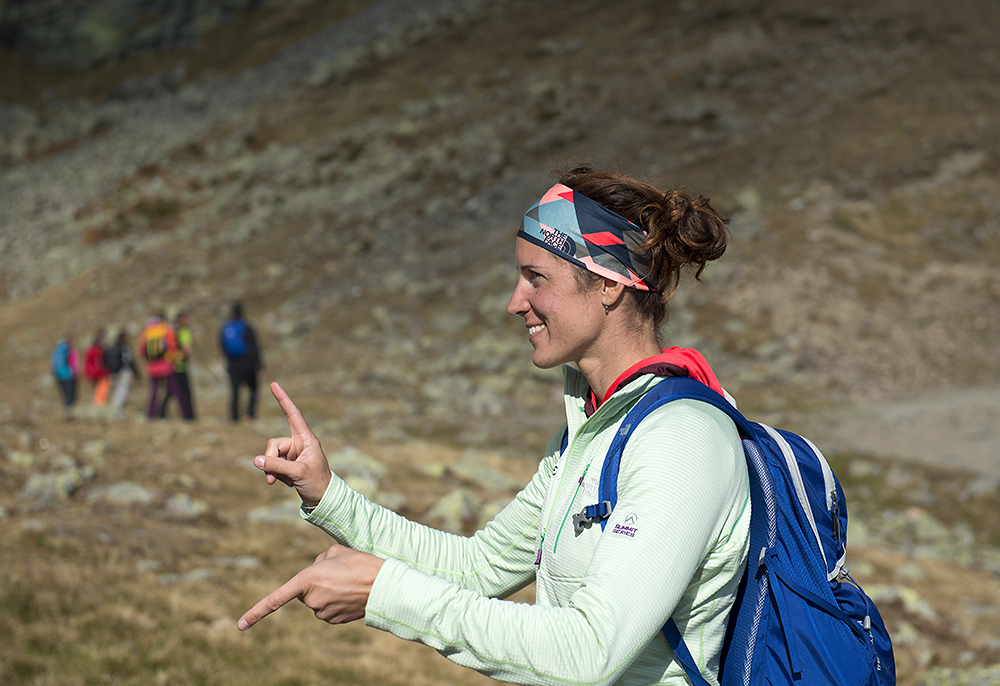 GORE-TEX athlete Tamara Lunger knows her way around here extremely well. Her parents Hansjörg and Margareth Lunger have been running the mountain hut in the Sarntal Alps since 1999. For the past 20 years, Tamara and her two younger sisters, Magdalena and Katharina, have spent most of their summers up here helping their parents. However, after 20 years all that's coming to an end. Although Lunger, 32, associates a lot of wonderful memories and experiences with the Latzfonser Kreuz, she admits that: "The fact that my parents have decided to stop running the hut at the end of this season is sad on the one hand, but on the other hand, we really haven't had much of a family life for the last 20 summers. I'm looking forward to a new phase in our family life." The life of the 32-year-old all-round alpine athlete from South Tyrol is generally experiencing a bit of a shake-up. At any rate, she feels that she can now do without the prestige attached to climbing the world's highest mountains. A new expedition to one of the 14 of the world’s 8,000-metre peaks certainly isn't on the cards at the moment. In 2018, climbing in temperatures as low as -50C, Lunger and her climbing partner Simone Moro made the first winter ascent of Peak Pobeda in Siberia. Although it is the highest peak of the Siberian Chersky Range, Peak Pobeda is only 3,003 m high. Yet, according to Lunger, the conditions on this 3,000-metre mountain were more extreme than anything else she had ever experienced. 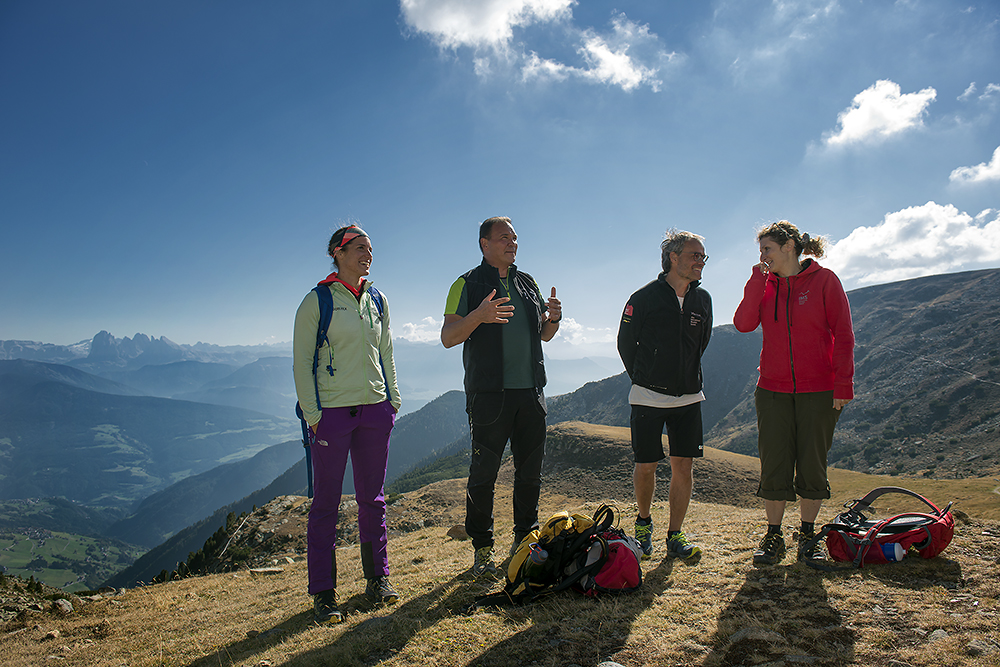 The GORE-TEX Walk.Day. gave the IMS walkers plenty of time to chat with the stars, ask them questions, or just to listen to what they had to say. Three times during the day long hike everyone stopped for about 30 minutes to listen to one of the three athletes – Tamara Lunger, Robert Jasper, and Beat Kammerlander – talk a bit more about themselves. Afterwards, the walkers were given the opportunity to ask questions. Jasper, who spent the summer on a solo expedition to Greenland, talked about his latest climbing adventure. It wasn't just that he did it alone, he also did it with very little equipment. After 12 days paddling his folding kayak through risky waters, he crossed a fjord, on course for a big-wall. This is where the 50-year-old athlete made the first solo ascent of Molar Spire, via a route that he was to name "Stonecircle". Kammerlander, a legendary figure of the climbing scene, was also in a talkative mood and equally engaging. The 59-year-old has made dozens of first ascents in the Rätikon mountain range. At home in Vorarlberg, the westernmost federal state of Austria, he is still considered one of the best climbers in the world. He's certainly not thinking of stopping. Why should he? Presented with the prestigious Paul-Preuss Prize at IMS, the grand master of climbing is still defining the face of the sport. In 2017, he climbed "Kampfzone" on the Kleiner Turm in the Rätikon mountain range, a spectacular, incredibly technical alpine sports climb, graded 11 for redpoint. 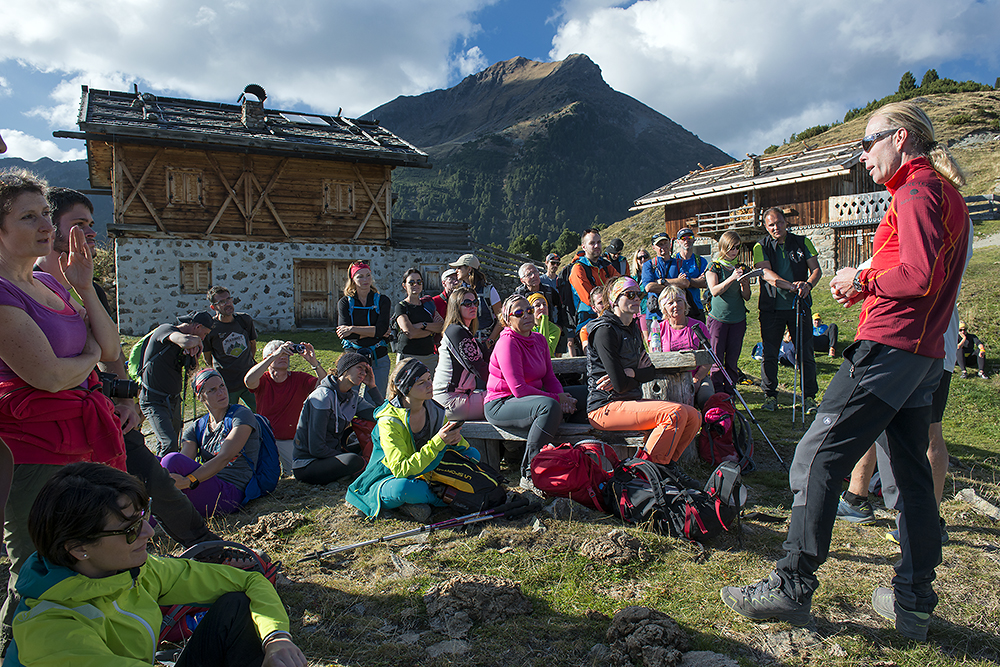 After many more inspiring stories, interesting conversations and good food in the mountain hut, the IMS walkers set off down the mountain. The weather couldn't have been better, the Dolomites looked spectacular and the autumn landscape revealed a magnificent kaleidoscope of colour. The evening was again spent in the Forum Brixen where more talks were to be heard and the IMS anniversary party with founders Alex Ploner and Markus Gaiser was soon in full swing. Thank you, IMS - International Mountain Summit - for 10 great years!

Here you can read about the GORE-TEX Climbing.Day with GORE-TEX athlete Alex Megos.