Explore support pages
The north face of the Eiger is most likely the most famous in the world. And nobody knows it better than Robert Jasper.

In good weather, you can see the Swiss mountains standing in the hills of the southern Black Forest. The renowned peaks of the Bernese Alps stand silhouetted on the horizon: Schreckhorn, Mönch, Jungfrau and, right in the middle, the most famous of them all: the Eiger. When Robert Jasper casts his gaze southward from his home in Schopbach, a small village near Lörrach in south-western Germany, the Eiger is always there in front of him. Whether the weather is good or bad, or if a spruce tree blocks the view, Robert knows precisely where the mountain is: 120 kilometres as the crow flies, and 180 kilometres and some two and a half hours by car to the dark jagged spires – the spires that have cast a spell over him for oh so long.

In 2015, he wrote a book about his passion, the Eiger. Put more exactly, about the north face of the Eiger. This rock face is unquestionably the most famous in the world. Everyone knows it. Or think they know it. Like they know the Queen, or Elvis or Edward Snowden. You have read a lot about it. But have you shaken hands or shared a pint? Exactly. I believe Robert Jasper isn’t really so interested in the Queen. And I’m also not so sure I’m ready to hear him sing one of Elvis’s songs. But when it comes to the Eiger, nobody has put one over on him. He truly knows the mountain and its north face. And really truly so well like no one else does. A special glimmer flits across his eyes when he tells about the mountain, the nimbus clouds, the climbing, and his experiences there. All you can do is sit and listen.

Robert has nurtured a long, deep relationship with the north face of the Eiger. He flirted with it when he was just 17, daring to head up this massive face alone, climbing it using 15 different routes. Together with various partners and even solo, he has established new routes and free climbed some of the most difficult. When it comes to Robert Jasper and his wall, there are also a number of records. On this one mountain, which many don’t know that much about, where there are of course other sides than the one facing north. But records aren’t really important to this man.

“The Alps are for me a place where I can experience adventures right outside my front door. And the north face of the Eiger is the most prominent face in the Alps, and one of the most difficult mountains in the Alps. It is simply THE rock face. Mythical.” Robert gets right to the point. Do you have a favourite route? The answer is a clear, “No”. Robert simply takes great joy in all that he does. The passion for the Eiger was there from the beginning. As a young climber, one imagines that big alpinists are nurtured from reports of big adventures. The Heckmair Route, the north face, the fascination of this rock face: Generations of alpinists have taken their inspiration from it. Even today, the north face of the Eiger is still at the top of the list for so many. Like Mont Blanc is a highlight for recreational alpinists tackling 4000ers. Or the Matterhorn or Everest is simply THE trophy for prestige-seeking “once-in-a-lifetime” peak baggers. And for passionate alpine climbers the north face of he Eiger is THE THING. That’s how it also was for young Robert Jasper. Indeed as he started, the mountain handed him quite the hammering: retreat. Those days, he learned – with the help of his older climbing partners – what it means to not take on any unnecessary risks. That left quite an impression and helped him survive his personal “Sturm und Drang” phase of turbulence. After that, though, everything moved thick and fast: the Heckmair Route. “Worked out really well. Then I noticed that I had unfinished dreams. Pretty quickly I dreamed of bringing together alpinism and sport climbing at high difficulty ratings – even on the north face of the Eiger.” The open backdoor is what tantalises Robert when he speaks of adventures. Perhaps that was the first and most important lesson he learned on his premiere Eiger climb: Turning back is part of the game. “It’s all about pushing the edges between possible and impossible, the imponderable with ice, weather, brittle ice.” An open backdoor doesn’t mean life or death. Robert doesn’t push it that far. He is a professional, not a gambler.

A pioneer following in the tracks of pioneers

But why the Eiger over and over again? A special moment for Robert was when he met Anderl Heckmair: “There I was sitting together with the man who was the first one more than 60 years earlier! And with bright eyes he asked me about my routes up the north face. That was something pretty special for me.” Unlike Robert, more than a few alpinists who have climbed the famous face abide by the position “once and never again”. At least that’s the case for “normal” alpinists who would rather take on many other projects in the time they have left for alpinist endeavours. In contrast, Robert makes his living from alpinism. He is sponsored and supported by several companies (also by Gore). He could get his kicks somewhere else, flinging himself open to the world in search of new virgin terrain. He does do that too. But he would still really prefer to squint up at his favourite rock face: “To free climb famous routes, that was always and still remains the big challenge. I ask myself: Why haven’t the others tried it yet? I then have the feeling something is still left. When I discover and climb a new line, it’s just fantastic. But to be a part of history and to start a new chapter, in other words to continue writing the book, that is almost more satisfying. You can historically see where you stand, walking in the footsteps of those who have done the pioneering work.” 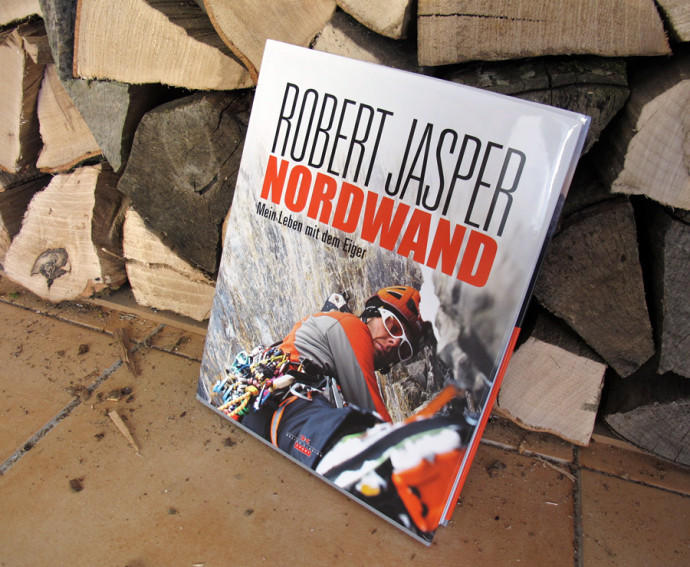 When you read Robert’s stories and listen to him, you immediately get the desire to head out to Grindelwald. And just head up the north face. It just all sounds so easy, so positive. But is it? People have frozen to death there in bivvies, have had to be rescued, many have just not survived. Robert, what was your most horrid experience with the mountain? He tells about base jumpers who have plummeted to the ground with unopened parachutes or about other rope teams who have barely made it. But his own experience? Really no horrible memories. And so what was his best experience on Eiger? “Really, every single day is intense, in all of the Alps I have most certainly had my best days on Eiger. It’s just another world. And in 1999 I climbed the ‘Symphonie de Liberté’ route with my wife. Daniela. That was a very special moment, and for me the key to free climbing below a 10 on a big north face.” That Robert has returned home unharmed from all of his adventures is thanks, he says, to his ability, his planning, the weather forecasts and his gear. Naturally he is sponsored. For good reason. In the end, he fully pushes his gear to the limits: “On a rock face like on the Eiger, you often climb through waterfalls, snowmelt run-off, ice fields. A rain jacket is without question indispensable. Otherwise you will not survive all of this. Dampness is the worst thing that can happen. When you are wet to the core, you get chilled. And then you can’t do anything about it. A bivvy sack too must be waterproof and breathable. Even when you know the north face of the Eiger so well: On a 1800-meter face, when it comes to weather and other things, so much can happen, no matter how fast or how good you are.”